Step 1: You turn off your emotions,
that constriction in your chest just might
make it difficult for you to dig, when the snow
has covered every inch of the equally marked landscape;
identifiable by names, relationships- by how people saw them.

Step 2: Don’t let the seed of gloom
plant itself in your heart, you don’t need
a growth that cannot be weeded out; the silence
interrupted by the rhythmic thawing of the land need
not be layered with an unhappiness that is not yours to begin with.

Step 3: Along with every clump of soil
that your spade collects from the ground,
say a little prayer; what you are digging it for
will soon melt- the skin will integrate with the soil,
and the evidence of any wrongs the body had done to
anyone else, will cease to exist. Say a prayer that the hurt
are delivered their justice, so that one end doesn’t bring others.

Step 4: Know that each body will return
to haunt you one day, when you are tossing
in bed, late at night, unable to separate yourself
from the fingernails that are scratching your back, hurting
you; their frozen masks of fears, hatred, happiness, forever
etched in your mind like stone, will surround you, try to overcome
you. At that time, close your eyes and hope for forgiveness, from whatever
haunting them; maybe the next night, you’ll sleep tight, having put their demons to rest.

Step5: Remember this, for I know, what
you do is never who you are- don’t let the freshly
covered grave enchant you with its heavy barrenness;
there is nothing immoral of what you do; don’t distance
yourself from the living, or you might as well, dig a grave for your
own self. Plant flowers near the headstone, wait for them to bloom,
learn that no ending is beautiful; it is merely the start of something new. Whipping hair from the wind,
Under the moonlit sky.
The only lights are those of our car,
And the sparkle of your eye.
The gravel crunching under the tire
And the waves of the dark mirror.
And the white foam on the sandy beach,
That is joined by the flamboyant river.
The huge palm trees at the end of the land
In the shadows hide my kisses.
The blissful silence silence doesn’t follow,
My longing caresses.
Ah, what a moment it is,
of pure joy pulsating in my veins,
Your laughter that echoes
In the dark, dusty plains.
But alas, your love is limited to,
The waves of sea that come and go,
And up till the last minute of the unlit sky
And vanishes at the first glow.
Then it’s time to say goodbye,
And fare you well, my dear.
Last night I spend with you,
Before I leave for war,
Take care, my ever lasting love, adieu.
For meet we ever again, it’s not sure,
So hope and pray for the best.
And never forget myself, or our love,
And leave to destiny, the rest.

Class XI. Maths Test. 10 questions. Sixty Minutes. May seem enough to some, but not me. Okay, I’m sorry to have been so irregular, but I couldn’t find inspiration “around the corner”. Also, my UT’S. Have been very busy. My maths test was last Friday. It went horrible. So I composed this poem to unleash my fury and hence the title.

Maths, my dear,
You have become my fear.
You name is so small.
But the paper compromises it all.
Ten big questions, brandished like swords,
Makes us remember all our Lords.
Your one hour time limit,
Feels a little too bit.
Seeing the paper made me feel,
You are easy, it was surreal.
Thought I and I began to write,
But I was up against time in this fight.
I wrote and wrote but it never came to end,
The swords pierced me, I couldn’t defend.
Ultimately, lost I,
I cannot defy.
I put up a good fight,
But my mom was right.
I need to write faster.
Else the results will be a disaster.
So finally I lost some tears,
And it was because of you my dear.

Does being fat mean,
You’re a target for miseries?
Calling you names you don’t deserve,
Unable to interact at ease?
Pumpkin head or Fatty Pants,
Some ‘You are fat, you are fat’ chants.
Train engines and big, big balls,
These are some of the common calls.
Clothes don’t fit and are very tight.
Eating food that is calorie light.
Staving yourself at your homes,
Isolated from the rest, you’re alone.
But it’s not you r fault you’re fat.
Everyone’s not perfect, some this and that.
Some small eyes and big big nose.
But that doesn’t make everyone your foe.
So fatness is not something to hide,
Or not eating food that is fried.
Be thankful that God gave us,
‘Diversity: Not To Be Fussed’.
Be grateful that you are a part,
Of this diversity for a start.
And lastly, always keep your head held high
And be in love with you all your life! 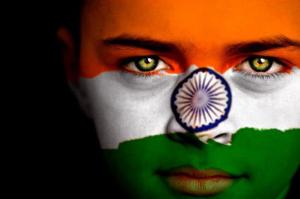 The India of my future,
Will be the best in the world.
An India of Gandhi and Nehru’s,
The young stepping into their shoes.
It would be open and free,
To every human being.
A country safe and secure,
Where every disease can be cured.
A superpower that’s corruption free.
A future that our children would see.
Constructed by our youth,
Where no one is rude, spoilt of uncouth.
A country of my dreams,
Where everyone is in peace.
No one is rich or poor,
And everyone is at ease.
Where one corrects the others,
When they make a mistake.
And everyone is sweet and true,
And no one is fake.
The country of my dreams,
Is safe for women at night,
Where everyone is equal and,
No one has to fight for their rights.
The India of my dreams,
Will be the best in the world,
A country of Gandhi’s and Nehru’s,
The young stepping into their shoes.

It was the night of December 16th,
A girl and a boy, to a movie they had been.
A night of fun it was intended to be,
Until they knew what fate had for them to see.

It was ‘late’ at night- thirty minutes and nine
They boarded a chartered bus to get home on time.
Little did they know what would follow
That would lead the nation to bellow.

Until on the girl, six men passed lewd comments.
And threatened to kill the girl’s friend.
Did they realize something was not right?
Something that would lead to silent protests at night?

She was raped one by one, by all six of them.
And one was a young man of seventeen- Was he a devil’s gem?
Because it was unprecedented of the crime,
The brutality of the rape and the time.

For one hour she was tortured,
By beasts and demons from hell.
A daughter of our country,
Was in pain- In living hell.

From a sea of unstoppable tears,
For they were, from the bus, thrown naked.
Forty-five minutes they were there,
And no one even glanced to care.

Then someone thought to call the police.
And by what the boy claims,
The police was unwilling to lift the girl.
For she was covered in blood and writhing in pain.

Injured but so, the boy lifted her.
And put her in the police van.
But even then the police argued,
On which hospital and police station to take them.

Finally she was admitted to a hospital in Delhi,
And many surgeries followed.
But what she did not know,
The country had hit a new low.

Candle light protests and peace marches,
Became common in New Delhi.
And all day long, to know lot more,
The people stayed glued to their telly.

For protesters who turned violent
They used water cannons and tear gas shellings
And beat them up with fat lathis.
Because of them, many people were also felling.

Meanwhile, the six accused
Were arrested and interrogated.
On how they did this heinous crime.
And when and how the girl fainted.

The girl, but, was battling for life.
And had undergone major surgeries.
So drawing inspiration from this case,
There were more reports of rapes and burglaries.

Knowing that the girl was critical.
And that she couldn’t be saved.
The doctors and the police wondered what to do.
With the case that had the world shaked.

On 29th December, the government decided
To shift the girl to a better hospital.
So she was airlifted to,
Singapore’s Mount Elizabeth Hospital.

Alas, this did not work.
And the girl breathed her last.
December 30th was marked the “Black Day”.
And the entire nation was aghast.

What had she done to deserve,
Such a bad end life?
Going on a ‘late night movie’,
Was this her crime?

Is this what a democratic nation is?
Where a girl is unsafe at night?
Where she is at a constant risk,
Of getting killed even when she is right?

Now that this fire has been lit.
It will not end this soon.
We demand, for the girl, justice.
And this is goal that none of of will miss.

This poem is a tribute to Nirbhaya/Damini for the courage she had in battling with life. She was a true leader and the spirit that has been initiated in the hearts of all people by her will not dampen. We salute her. She was a true fighter. We all demand justice for her. We hope that the accused are, as soon as possible, sentenced to death and finally the cause for which she  fought is complete.
R.I.P Nirbhaya/Damini.

Green, red, pink and yellow,
Orange, black, blue and brown.
At these wonderful flowers, my fellow
No one could possibly frown.

Roots are feeble and weak.
Soil and water are what they seek.
Necessary for their growth
Is also a lot of warmth.

Their smell mesmerizes us.
Lilly, zenia and lotus.
Butterflies linger near them.
And their thin, greenish stem.

Here comes a man.
Binoculars in hand.
Smelling and viewing them,
Near about as he stands.

Taking them being a token of love.
Care and of friendship.
Expression of peace and devotion.
And soothing the pain of separation.

What science means to kids like me, who don’t understand a thing is what has been expressed in this delightful poem.

They say it answers
All our unanswered questions.
What if we have
No such questions?

Physics is all about logic
And as for Chemistry
Our lives get tragic
With all those big, scientific names! Uff!

In Biology,may God help us.
For our body, why make such fuss?
These are logics, one can never be sure of.
“Why is this”, they say when I cough?

Here is a poem I had composed for her during an activity which we were asked to do at school.

My mother is very sweet and kind
A mother like her is tough to find
She cares for me and helps me out
When I am wrong, she does always shout
She is very smart and good
And also a wonderful cook
She has very smart looks
But, alas, she doesn’t like reading books
Like always, she is fearless
And doesn’t like too much mess
I love my mum
And when she is there, it is always fun.

The sun Rises in East

And brings smiles to our cheeks

There are many reasons

For these beautiful seasons

To have this fun

Go for a walk along the setting sun

But have you ever wondered

The path you choose is always right?

Keep walking along the dust-laden roads

No matter where you go

And an advise for those

Who want to have this fun

Should surely bask in the sun